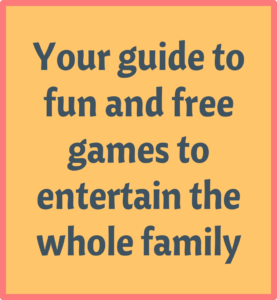 If you like the sound of our hosting a murder mystery page but rather not go to the hassle of arranging a huge event with props, clues, decorations etc. Then buying the Cluedo board game might be the better option for you! There’s no preparation involved. You should simply gather your friends or family members, whip the game out and you’re all set to play. It’s really that easy.

Cluedo is a murder mystery board game that was invented in Birmingham, UK, in 1943. It was manufactured in Wales, UK, in 1949 before coming available to the public. You’ve probably been living under a rock if you haven’t played or at least heard of it. It’s become a popular family game all over the world. If you live in American, you will know this game as ‘Clue’. In fact, it’s now owned by an American game and toy company called Hasbro. The original Cluedo board game has been updated and relaunched a handful of times to keep the game relevant and modern. And it definitely remains one of the most popular family board games of today. Alongside other popular classics such as Monopoly, Jenga, Chess, Snakes and Ladders, Catan, Scrabble, Trivial Pursuit etc. All the iconic games that you’ve most likely played with your family or friends at some point in time!

The object of the game

The object of the game is to solve an unsettling murder mystery by piecing together all of the clues. You’ll need to step into the character of a top detective and be diligent and meticulous as you piece together every detail. You’ll need to ask the right questions – when / where did the murder take place? were any weapons used? if so, which? did the victim have any enemies? location of the crime? you should eliminate suspects as you go through the game and find out more information about the case. Every step you take you should get closer to the truth and solving the mystery.

You can play Cluedo with two – six players. Here are the simplified steps to playing the game:

1. Once the game is step up and the players are ready, you should roll the dice. Whichever number you get is the number of moves your game piece can take. You can move up or down during this game, the choice is yours. Your decision should all depend on which rooms and areas you want to look for clues in next.

2. Every time you enter a room you must make a suggestion to the other players. This is how you’ll start to piece together vital bits of information. From the first suggestion, you will start to eliminate rooms, weapons and suspects which will give you a better idea of who the murderer could be. You will then make a suggestion such as ”was it (character)?” to the other players. They will then search the cards for this person. If they have the character, weapon etc that you suggested, you should eliminate that person or object from the mystery.

3. The game will carry on like this as you start to eliminate locations, weapons and suspects. You can only ask a question about the room when you’re in it. So hope the dice numbers work in your favour so you can get you closer to the room that you want to inspect. When you think you’ve guessed the murderer, you should make an accusation. Of course, if you’re right you will win the game. Important: you should only make an accusation when you’re certain of what’s in the envelope. As you can only make one per game! Guess wrong, you’re out of the game and a failed detective. Guess right, you’re detective of the year.

Cludeo definitely brings some fun to the family. Who do you think the most intelligent detective is in your family?